The Benefits of Friends

It is no secret that I get along best with horse people. I'm a relatively socially awkward person, but horse people just seem to get me. At least we never run out of things to talk about :) BFF Eva and I met around horses and I know that that's the current that has kept us besties for nearly 20 years. Di-Aunt, my lovely barn owner Yvonne, horse trainer extraordinaire Jen, horses are what brought us all together.

As I mentioned in my last post, I've recently re-connected with a high school/college friend, A, who rides and suggested that I ride with her trainer. I had a lesson last week and it was wonderful! I have one scheduled for next Friday also (that will certainly get you through a work week). What is even better is that my coworker, T,  is also riding with A's trainer.

So... today, A came out to Granite's farm! I've known her for over a decade and we've talked horses for years, but I have never even seen her ride. I knew she was good. She showed the rated stuff as a kid and then was on our college's equestrian team and she is again showing the rating stuff. I was curious how she would do on a more difficult ride (Granite), and she smoked it. She really got him to engage and gave me some great pointers on getting him balanced. Shoot, she should be giving me lessons, not her trainer! 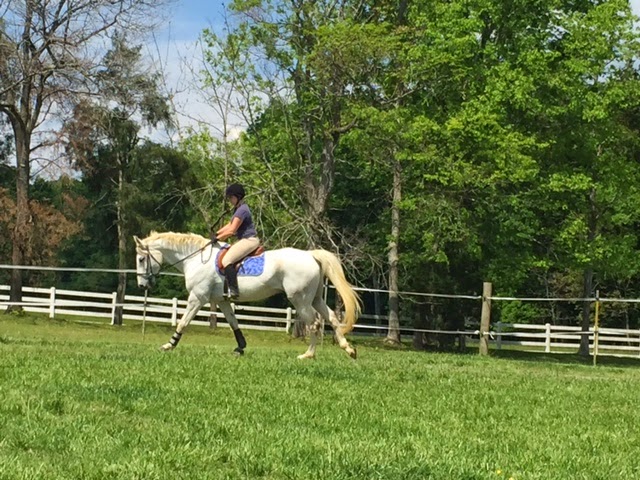 So what's better than your friend/ fellow equestrian driving an hour out to your farm to ride your sweet yet mildly complicated pony boy? When your coworker/ fellow equestrian and her boyfriend join you both for a post-ride cookout. It was great. T brought her boyfriend to entertain TK with NFL draft talk. We had tons of food and a few brews and hatched tentative plans to take four people and two horses to a rated show in July. Maybe... we will see. I'm not sure I'll be jumping any 2'6 courses any time soon. But, the girls are optimistic.

Also, T handed me down some Ariats that are too big for her and fit me perfectly. 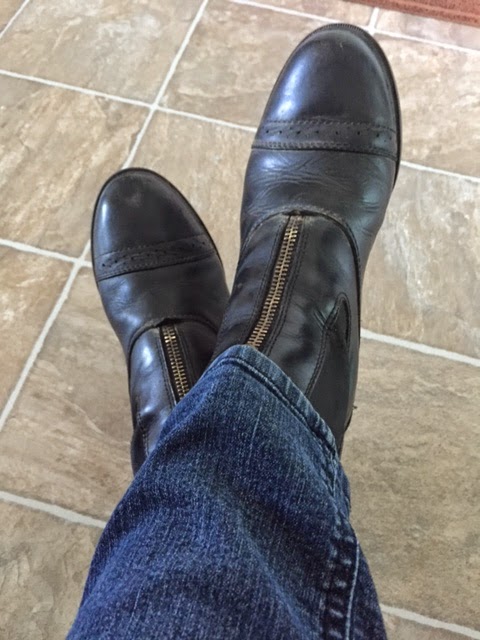 So, whats next? It looks like a lot of work for me and Granite if I want to actually show HIM (sidebar: I'll be grateful to ride and show anything, just would really love to do it with my horse and my investment). It is obvious that Granite and I need consistency. How do all of these adult riders make it work? And for crying out loud, I don't even have kids! Just two pups and a hubs.

But still between work and volunteering (and I just backed out of a service club in April), I rarely have 3 days a week to ride. But, I need to look at it like working out. I need to make a schedule and make riding a priority. If I only have a few years left to be free and selfish and do what I've always wanted to do (ride and show this horse that I've raised), I need to make this my priority. If that means getting up at 4am to ride before work (did I mentioned we got lights? I can't believe I didn't fill you in on getting lights!!!), I need to be doing that. But boy oh boy, I don't know if I can physically do that. Sheesh! But if you want something, you work for it right?! Behold lights! I should use them.

Guess who got a new computer for their birthday, upgraded their phone (decent camera), AND started taking lessons again? THIS KID! So that lovely mix of new technology and something to blog about means, just maybe, I'll try this blogging thing again. I've missed it of course.

So, a lot has happened since we have chatted last. But maybe, at the same time not so much has changed.

Just to catch you up on the highlights, TK and I bought our first house in October of 2013. 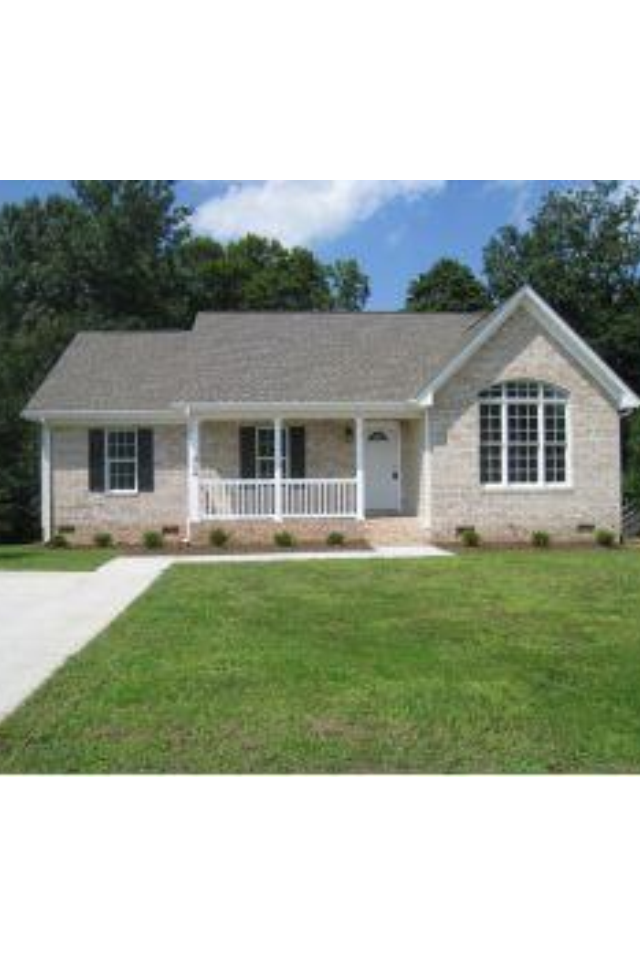 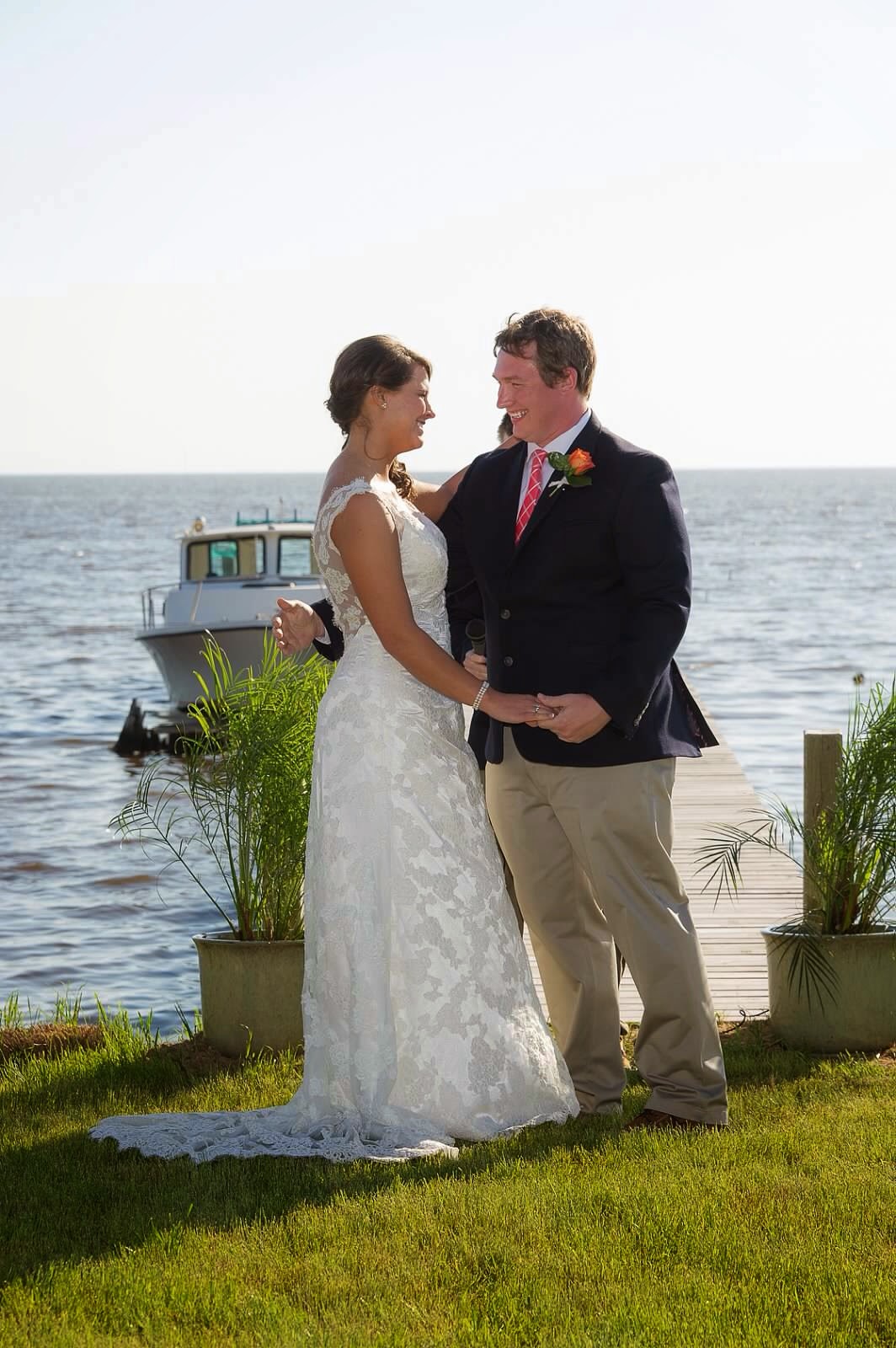 Granite made his first appearance in the show ring in September of 2014, and managed to leave the show grounds with a myriad of swag, but most importantly, his first blue. 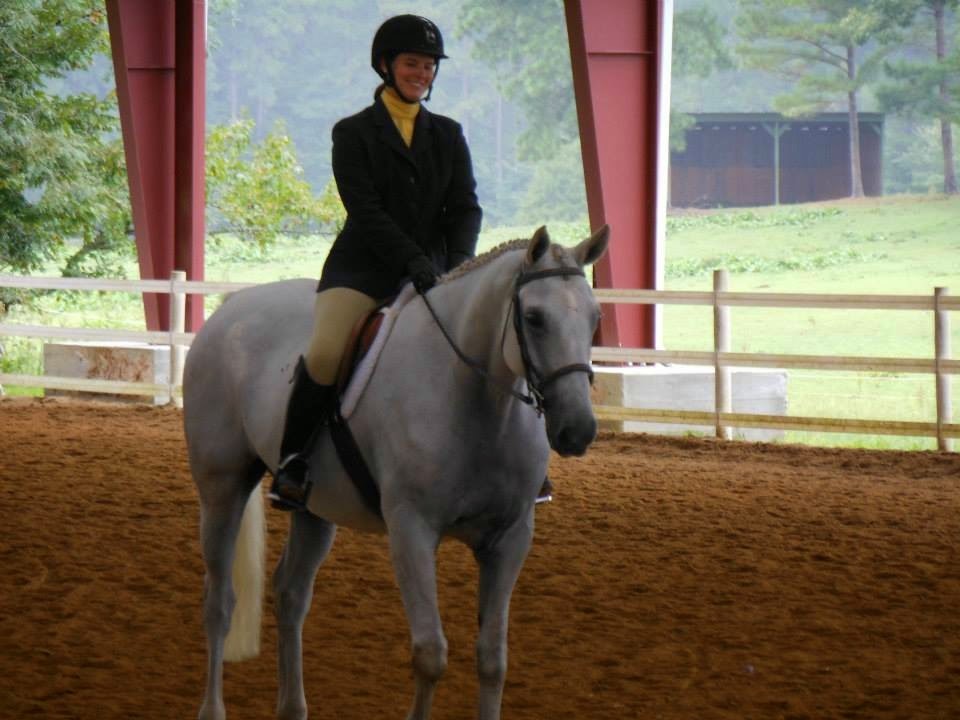 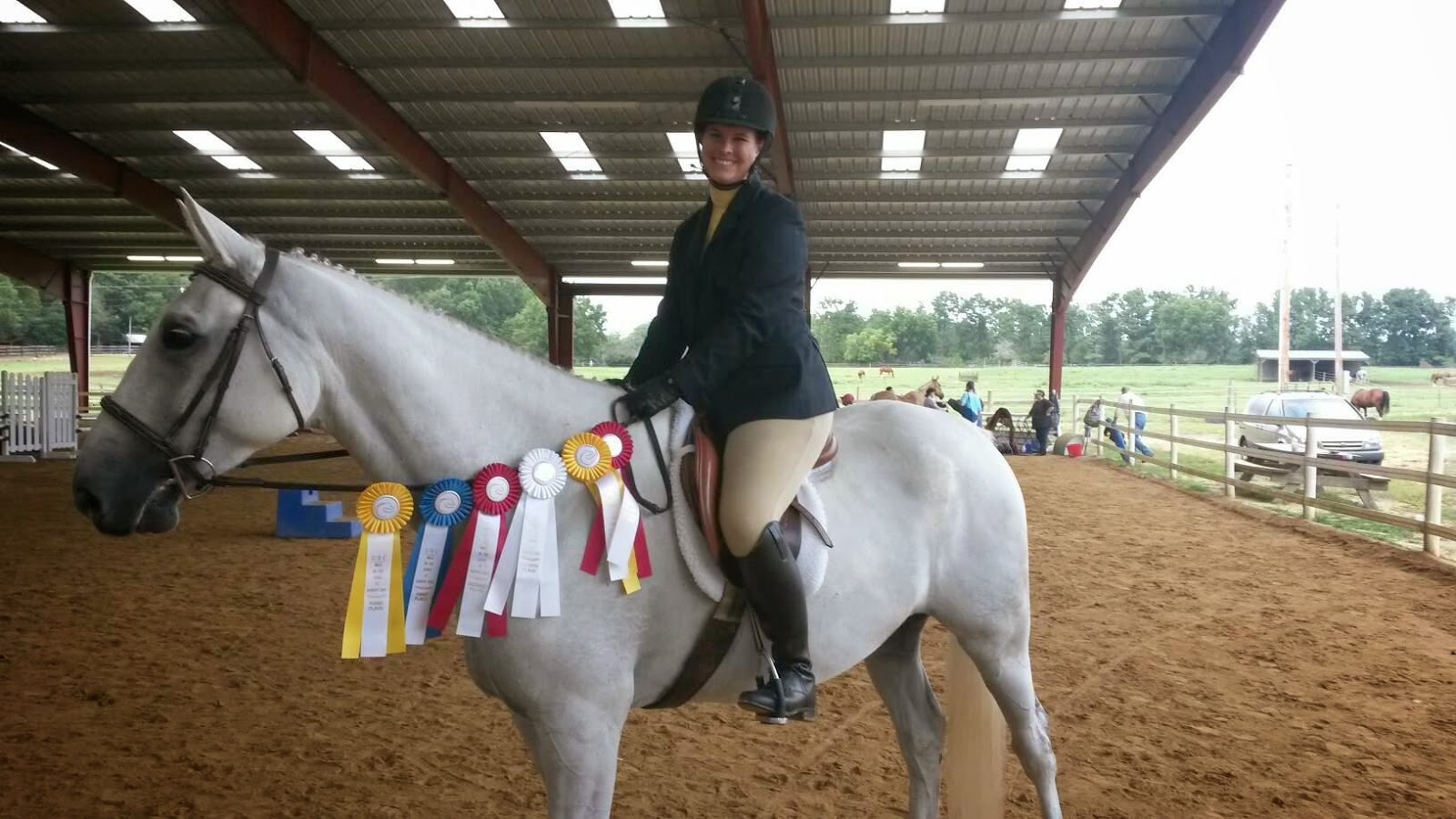 TK and I adopted "Alfie" the Shelter pup in November of 2014. We haven't had a full or restful night's sleep since, but we love the little jerk.

Any guesses on his breed? After considering many options, my money is on Beagle/Chihuahua. You should see him when we fold those ears over. He also howls and his nose hits the ground the minute he goes out. He hates cats, but I don't think that's indicative of his breed, just a fun fact. 10lb of terror. 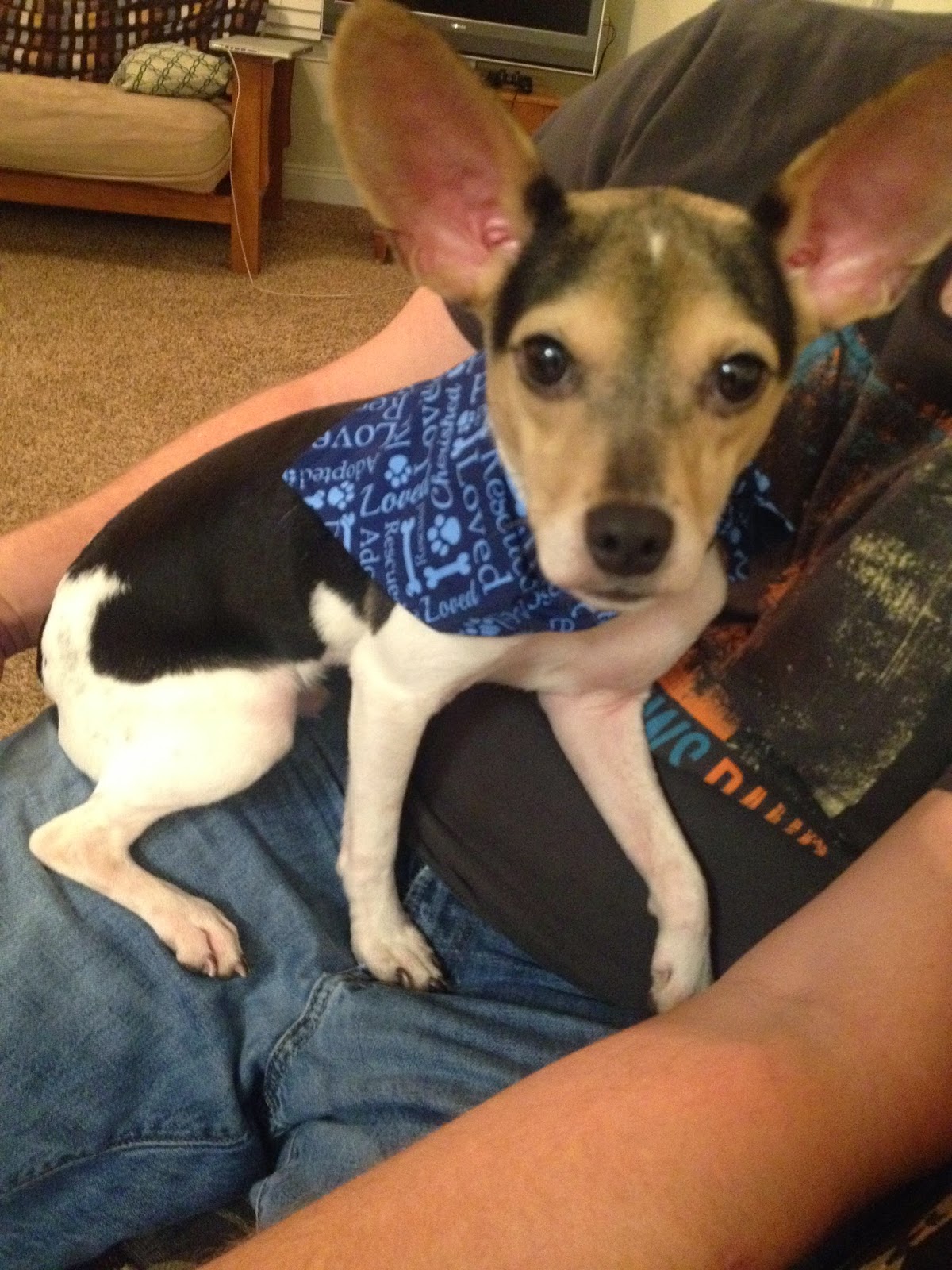 TK got accepted to graduate school this spring. He is going to be a Spartan like me this fall! A family of Spartans! I'm so proud. He wants to be a principal one day. 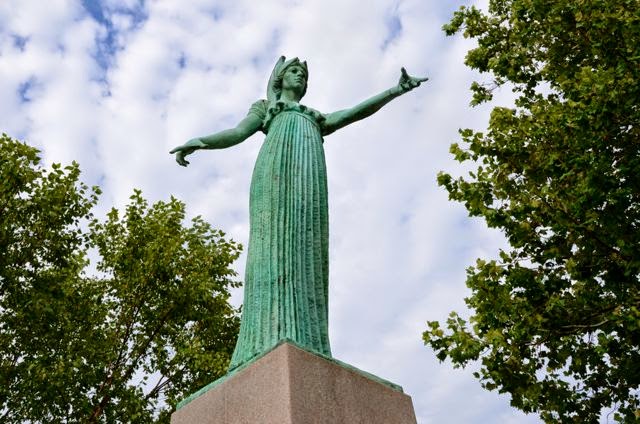 Other than that.... shockingly, life seems pretty normal. We've been a the lovely Howard Farm since July of 2011. We adore our barn owners and in the past year, we've actually acquired some more boarders. So, I'm getting used to sharing the barn and having some new horse friends.

The neatest news of late is that I may have finally found a riding coach that may work out for me. A friend of mine from high school (5 hours away on the coast), with whom I also went to college, has been raving about her trainer for YEARS. Finally, after meeting up with her at a couple of Alumni events, she got to me. She convinced me to go ride her gorgeous, made hunter. He is similar to Granite in size and stature, but he is pretty much finished. Which, is a huge confidence boost for someone who has been riding a "green" horse for 5 years now!

On my recommendation, a coworker of mine started taking lessons with my college friend's trainer. She LOVED him! So, last Friday, she convinced me to have a group lesson with her. And... it was one of the most fun lessons I've ever had. Granted, I was on the lovely made horse, but the trainer gave me constructive feedback while making me feel like I DO KNOW WHAT I'M DOING...mostly. I haven't had a lesson that wasn't disheartening in quite some time. It is just hard to separate being a 1/2 way decent rider and being a pretty crappy horse trainer. I've been spending years trying to work through training Granite and it's hard and I'm not good at it. But, apparently I still do ride trained horses pretty well. That is somehow inspiring to me... although it doesn't sound it.

So, what's next? This coach trains out of a barn about an hour from Granite's. So, I think I'm going to try to take some lessons with him and maybe grab a few with Granite from a different trainer before I haul Granite out to his place (or pay him a mint to drive out to me). I'll work out the details as I go along, but all I know is I'm inspired and excited and I think I'm ready to make horses a priority for a couple of years while TK is in grad school and we are still childless.

G doesn't care since I'm taking Jazz, but how cute is this photo if G meeting our new rooster, Benjamin. 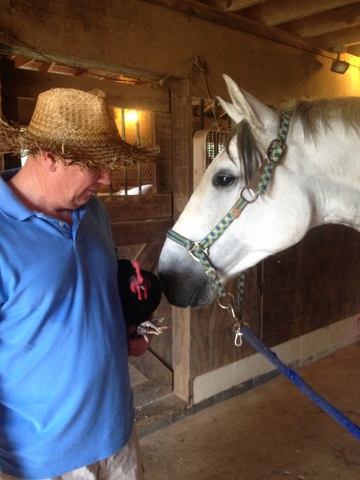 In the ring again

Gosh I love being back in the saddle! Now that half marathon training is over, I've been riding both Granite and Jazz on most evenings. Boy it feels good for all three of to be getting back in shape!

Since it looks like Jazz's show ring debut will be the second weekend in June, I figured we'd better enlist some professional assistance. Heather came out and gave us a quick lesson. It was so helpful and even resulted in a great ride with Granite afterward. It's amazing the confidence a lesson gives me and how that translates into what I can get out of my horses.

This show will be MY first time back in the ring since 2004. Lets hope that by putting in some serious time and effort, fools won't be made of us :) 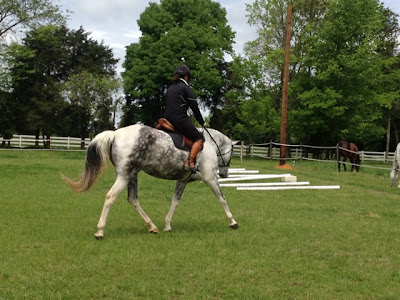 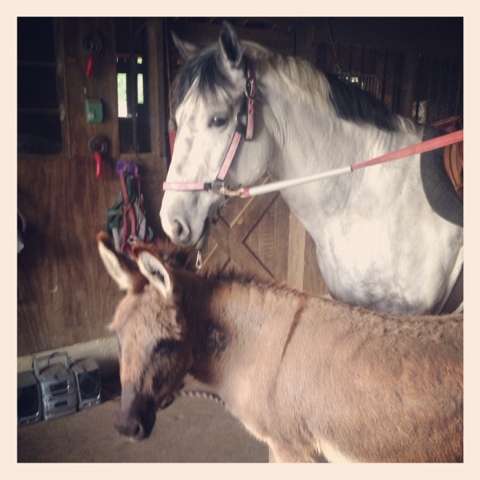 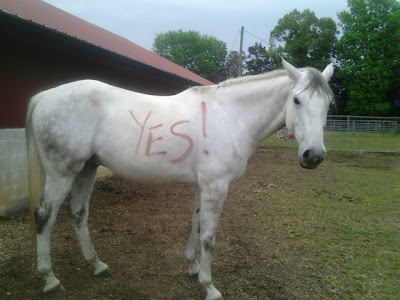 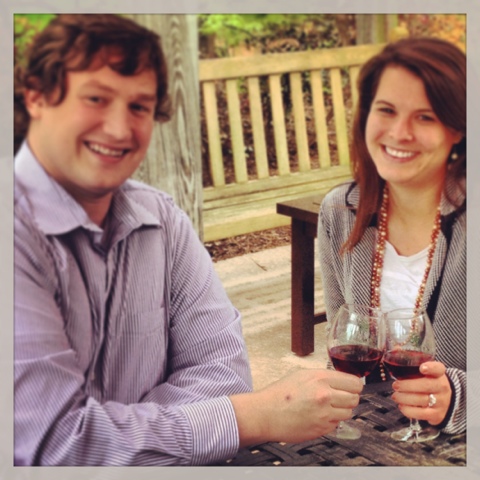 Have I told you about that little issue I have. The one where I don't own a trailer (or a truck)? Yeah, and that my barn owner has a trailer. But, it wasn't made for 17hand 1300lb beasts like Granite? Well, its  true story.

Also, did I mention that I've always been pretty competitive and I used to adore horse showing. My goal has always been to get back in to it. Yeah, I've realized that the A circuit is probably never going to happen for us. My public servant status and the silly teacher that I fell in love with don't quite come with salaries that add up to weeks away at HITS.

Thus is life. I will settle for getting to ride. That's still pretty awesome and luxurious on my salary. But, my barn owner has a really cute mare that she, like the rest of us, doesn't have the time she'd like to have for riding. So, now that my training for my first 1/2 marathon (yeah, I did that!) has culminated, I figured, I could ride two horses. Stay with me here...

My barn owner's mare, Jazz, fits in her trailer (imagine that). And she said she would love for me to take her to some schooling shows. So... if you can't show your really cute warmblood that you bought with all intentions of taking to the As one day, you could totally still get behind taking your barn owner's paint mare to a schooling show one day!

So.... yesterday was the beginning of a new project. Keep working on improving my, now six year old, boy and try to get to know a new project and get her ready for some flat classes at a local schooling show or two this summer. 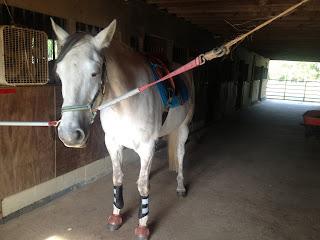 G is super pumped about our ride.... its beginning to become a trend. 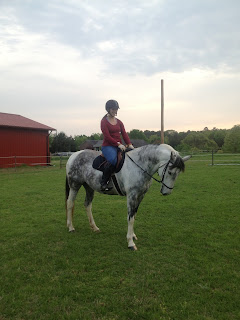 Now, I introduce, Jazz. 9 year old, homebred paint mare.
Yes, I appear to be a little large for her. Or, maybe I'm just used to riding a giant. 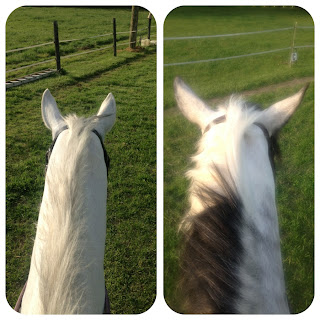 Or not so much. Someone was unhappy that I woke up from his day napping for a ride. 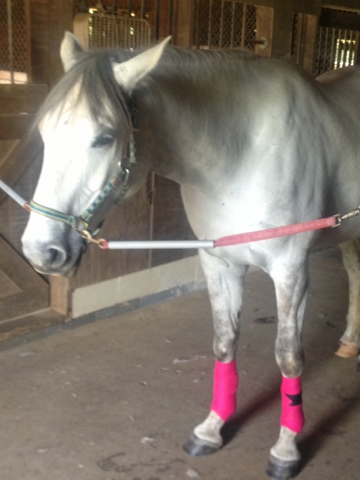 These "tails" began when a Grad Student bought a Yearling in January of 2009. They have continued to chronicle all of the milestones that have occurred since. Sometimes I rant, sometimes I brag, oftentimes I stress. But, I am always grateful to have the opportunity to own such an amazing creature. Please join Granite and I on our journey as we attempt to go from Grad Student and Baby Horse to Career Woman and Hunter Horse.

Granite was foaled in April of 2007 at Winding Ridge Farm in Zebulon, NC out of Gairwin and by Skipa Lucky Spring.

My aussie/hound mix, Daphne. She is a Horrible dog but a great barn-buddy. 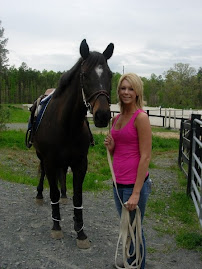 My Best Friend and riding buddy (since 5th grade)! She owns two Morgans and dominates in everything from X-Country to laid back trail riding.

My handsome and tolerant husband, "TK"

Dianne is my "riding sponsor" she is the one who convinced me to buy a baby horse while in grad school-- yea brilliant idea!

Chronicles of Dapple of My Eye